Home Employee stories An Expat Experience: Working in the Netherlands

An Expat Experience: Working in the Netherlands 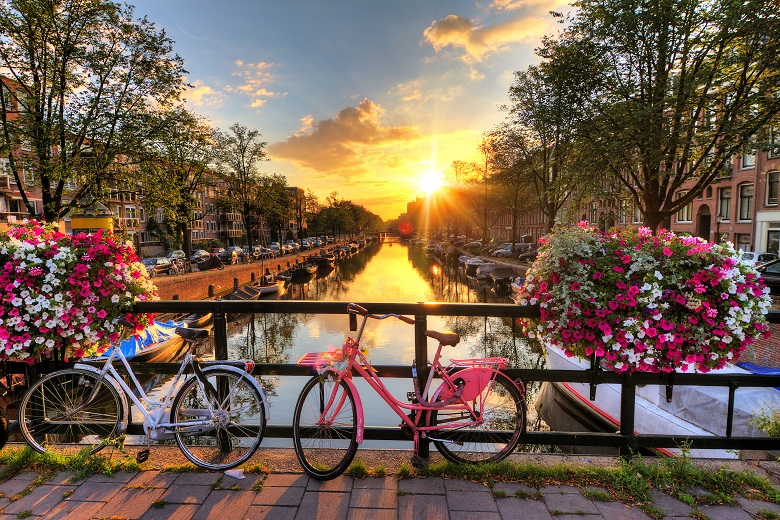 What do Michael from the Dominican Republic and Nicole from Austria have in common? Well, they both took the bold step to leave their home countries and work in the Netherlands. Deciding to fit your entire life into a suitcase and leaving all that is familiar to you is never easy, but these BookerZzz employees explain why it was worth it.

“I had a number of options in mind before finally settling on the Netherlands, from Canada, to Spain and the UK. However, the Netherlands had a combination of pros including a sense of overall security, the economy, healthcare, and technological growth which was important to me,” says Michael who is part of the IT team.

There are a number of perks when it comes to working in the Netherlands, not to mention its high standard of living as ranked on the OECD Better Life Index. Dutch employers also recognise the importance of a good work-life balance, which is quite evident at BookerZzz as company parties and celebrations are never a rumour. The lively Dutch lifestyle makes up for the frequently dreary weather with a great deal of festivals that celebrate everything from fish to tulips.

“I chose the Netherlands because I was generally intrigued by it and I was aware that it offered good job opportunities. I also wanted to work in a more international environment since I didn’t really get a sense of that in Austria. Additionally, living here has enabled me to work on both my Dutch and English skills,” expresses Nicole from the Content Marketing team.

The Netherlands is known for having an inclusive culture and this can be seen from its open attitude towards non-Dutch speakers. In the workplace, interaction and integration with employees on different levels of the company hierarchy is perceived as normal. As an expat, working in an environment that encourages and values diversity is always a big plus. “I didn’t experience much culture shock, of course there are some things that I had to adapt to, but I would say that I settled into the Dutch environment quite well,” adds Michael.

“I also love the fact that I’m able to cycle to work every day, I get to save money and casually commute on my own time,” says Nicole cheerfully. Cycling is one of the most common means of transport in the Netherlands, from school children to grandparents, it has over the years become a Dutch way of life. “I commute from Amsterdam everyday but the BookerZzz office is just right at the Haarlem central station which makes it convenient for me. I get to experience the Amsterdam lifestyle and still make it to work without a hassle so it’s a win-win for me,” says Michael.

To most people, a company’s culture always plays an important role in deciding whether to pursue a job opportunity. “The BookerZzz company culture is what made me realize that it was a great place to work. A typical work week in the office is relaxed and simple but at the same time everyone is motivated and hardworking,” says Nicole. With clear benefits such as a unified workforce and a stronger brand image, employers are finding active ways to improve their corporate culture.

BookerZzz has adapted an open company culture and this can also be seen from one of their core values which is interaction. The interior and aura of the office subtly communicates the company’s three core values; full of action, specialist, and interaction. As soon as you set foot in the BookerZzz company, you will notice the open work spaces which encourage communication with employees from different departments. Every Friday afternoon is ushered in with music from the DJ booth and afterwork drinks in the kitchen. A game of darts or a friendly foosball tournament also contributes to the fun atmosphere that surrounds the BookerZzz office.

“I’m able to work with brilliant people that I can learn from, as well as people that I can grab a drink and have a good conversation with,” adds Michael. Another thing you will notice around the BookerZzz office is the use of white boards for stand-up meetings, and screens that show the latest results of the company websites. This ensures that all employees are knowledgeable not just on issues concerning their department but the company as a whole, in-turn creating a specialist.


If the opportunity was presented to you again, would you still move to the Netherlands?

“Definitely! I am currently really comfortable with my life in the Netherlands. The only downside for me is being away from my family but that’s something that I’ve learned to cope with,” says Nicole. “Having colleagues that I get along with and even meet up with outside of work also helped me settle into my new environment much easier,” she adds. Developing friendships at work has been linked to a number of benefits such as productivity, more effective teamwork and overall job satisfaction. “Yes I would, I love an adventure and my decision to move to the Netherlands fulfilled that in the best way possible,” concludes Michael.

How much did we raise for ALS...

BookerZzz is the leisure specialist with more than 15 years of experience in the leisure industry. You probably know us better through our consumer brands HotelSpecials and BungalowSpecials.