Home Employee stories How it all began… our story!

How it all began… our story! 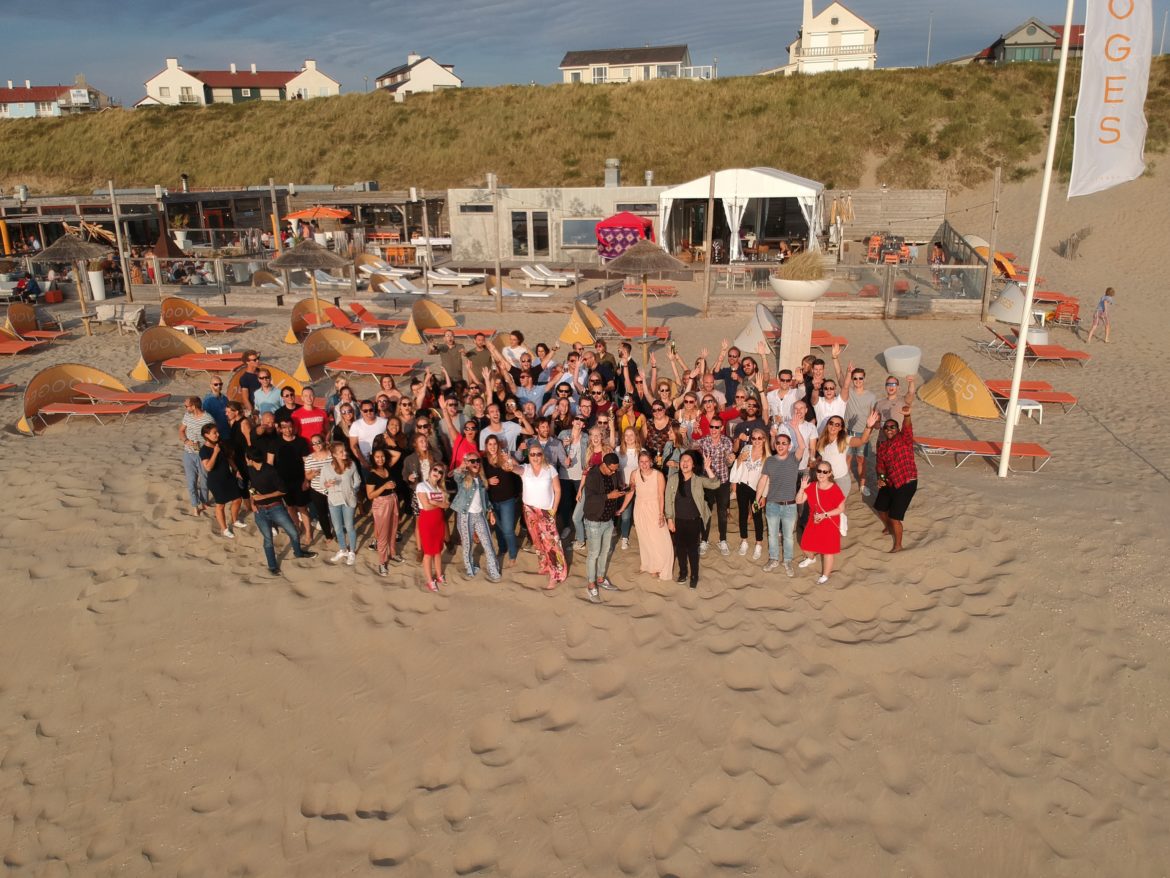 I still remember it as if it was yesterday: the day that we received more than 1.000 bookings in one day! It felt like we had just won the Champions League finale. Throughout the day you could feel the excitement in the office, we were all incredibly anxious to see whether we would really reach this achievement today. At night, we stayed in touch with our customer service agents in order to get regular status updates. And then we crossed the finish line! Party time! That was one of those milestones that we wanted to achieve and I think that every entrepreneurs knows how I felt that night. That was a moment that I’ll never forget and it was one of my proudest moments as the CEO of HotelSpecials.

But let me start at the beginning. The BookerZzz journey began when I met Nick during my time at the university. Both of us lived in Haarlem, The Netherlands, while we studied in Amsterdam. When I met Nick I had set up a super cool website on which I sold ringtones (remember the days?) and Nick was the owner of a website to generate hotel bookings. Since he had just started a job in a big international company in Amsterdam, he worked on his website in his student room during the evenings. I was almost finished with my studies and I immediately saw potential in his little side project.

Since I was still quite young (and naive?), I spontaneously decided to postpone my plans to start working for a financial company in London because I first wanted to see whether we could turn Nick’s website into something bigger. Both of us are quite ambitious and we like to dream big. That’s why the first decision we took was to change the name of the website. I felt that we couldn’t conquer the world with a name such as Hotel-Arrangementen.nl. I wanted us to have a name that highlighted what we stand for but that was also suitable for a potential international expansion. Next to that, I really didn’t believe in an URL with a dash in it! Long story short: that’s how HotelSpecials was born!

We used the fax number of Nick’s mom

The beginning was characterized by a lot of improvisation. In the mornings, our meetings took place in the car while we were driving to Amsterdam. We informed hotels about new reservations by using the fax number of Nick’s mom. And if a fax had to be signed by one of us, I jumped on my bike and cycled to Nick’s parents house. Fun fact: a while later we hired Ed the Faxer, one of the best investments in the history of HotelSpecials. At the end of the day, Ed faxed all new reservations of the day to the hotels. Our hero!

After a while we started to see first successes and we realized that we had to hire more people. However, we also saw that we needed more hotels if we wanted to continue to grow. But how do you get hotels if you are still a small player on the market? Young and brutal as we were, we decided to first put new hotels on our website and to ask them, only after we had realized the first booking for them, whether they would like to start working with us. Needless to say, not all of the hotels were charmed by this method! But it worked and more and more hotels saw the added value of working with us. The office that we had rented 1 1/2 years earlier which had seemed way too big for us, started to fill up quickly and we realized that it got too small. Interviews with potential candidates were conducted at the kitchen table and if someone said that they could start right away, they often started that very day. One time we even hired a new marketing manager and noticed later on that we neither had a desk nor a space for him; he had to sit in the copy room for a week!

If I look back at our history, I think that the beginning of the company was my favorite time! We were young and we wanted to conquer the world. “Work hard, play hard” was our mantra. As an example, if hotels invited Nick and I to a corporate party, we showed up with the whole team because we didn’t know any hierarchies. Obviously this was completely out of proportion if you consider how much revenue we generated for them at that time, but we had fun and that was all that mattered to us.

We couldn’t answer most of his questions

However, I would be lying if I said that everything went smoothly. Even though Nick and I both studied business economics, we had to learn everything based on trial and error. Since we were growing quickly, it was difficult for us to keep our focus. We had too many ideas and we didn’t always involve our team enough in those. This became incredibly clear during a conversation that we had with the uncle of Nick. He was the CEO of a big Dutch company and because we couldn’t answer most of his questions, he made it brutally clear to us that we needed to define clear goals, priorities and actions. Based on this conversation, we noticed that we needed a strategy and that our growing organisation lacked structure.

We hired a coach that helped us to formulate our personal vision, mission and goals. We also started to look for a range of managers that were specialists within their fields. Up until then, Nick and I took care of almost everything, we were on the road a lot and there were only a few team members that were able to take care of important tasks for us. We had to learn the hard way, for example, that a good developer is not a automatically also a good head of the development team. The newly hired managers helped us to professionalize and I think that getting an extra layer of management in the company was one of the best decisions we ever made. Up until today these specialists allow us to keep our focus and to reach higher goals in a more efficient way.

While writing this, it’s hard to believe that it has been 15 years since the very beginning in our student rooms. By now we have moved already four times to a bigger office within Haarlem and we are an international player on the leisure market. Not only were we able to expand the HotelSpecials brand to seven websites and two additional offices in Berlin and Stockholm, we also founded our sister company BungalowSpecials which is active with websites in five countries.

For years, BungalowSpecials was the forgotten child within the organization

And my story wouldn’t be complete without a part about BungalowSpecials. The brand BungalowSpecials was also founded during one of the early, hectic years of HotelSpecials. As I said before, we often had too many ideas and we were easily distracted. As an example, I once bought a new washing machine and then I thought to myself that it would be way cooler if you could buy something like this online. So, I started researching waschine machines while the rest of the organization was trying to focus on hotels. That’s also how we started off with BungalowSpecials and why we only started to see first successes in 2013 when I gathered a small group of specialists to focus on the holiday park and holiday cottages market. We were a small team, sitting next to the printers in an unpopular corner of the office.. back to basics! Together, we started visiting holiday parks to better understand the market, we took a trip to a holiday park to brainstorm and, after all these years of leading a big company, it felt great for me to be an entrepreneur again. It almost felt like we were a start-up within a big company. One of the biggest differences with HotelSpecials was that we immediately decided to focus on international growth. We hired our first Belgian and German colleagues and turned our attention also towards the East and the South. Who would have thought that this would be the beginning of the internationalization of the whole organization?

Despite our growth and international workforce, we will always be the small company from Haarlem. I am incredibly proud that we were able to always stay true to our core. The high tempo that Nick and I enjoy so much is still something that makes us special. As well, even though the leisure market changes, the needs of our customers change and Nick and I get a bit older as well, our specialists of HotelSpecials and BungalowSpecials will always be ambitious and driven to get better. Our culture is characterized by low hierarchies and a doer’s mentality. And the best ideas still originate at the coffee machine. That’s how we started and that’s how we will continue!

And now, it’s time for a cappuccino.

PS: Curious how our office looks like today? Check it out here.

I am the CEO and one of the two founders of HotelSpecials and BungalowSpecials. I have a passion for entrepreneurship!

How much did we raise for ALS Nederland?

A day at our customer service

Who is your SAP?

BookerZzz is the leisure specialist with more than 15 years of experience in the leisure industry. You probably know us better through our consumer brands HotelSpecials and BungalowSpecials.